Parents must make important decisions when their child with an intellectual and/or developmental disability (I/DD) turns 18 and legally becomes an adult.  Should parents apply for guardianship or consider less restrictive measures such as Supported Decision-Making (SDM) and/or have the young adult execute advance directives such as power of attorney and a health care proxy?

Guardianship in New York under Article 17-A 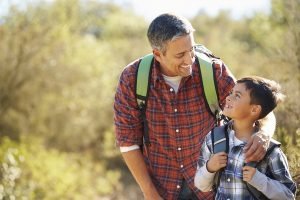 The New York State guardianship statute relating to individuals with I/DD, Surrogate’s Court Procedure Act Article 17A, passed in 1966, provides for full guardianship for people with I/DD who lack capacity to make significant financial and health care decisions.  Article 17A has no provision for “tailoring” the guardianship, meaning limiting the guardian’s powers to only those circumstances in which the person has been proven to lack capacity. In this plenary, meaning unqualified, guardianship, the guardian of the person with I/DD assumes all rights to enter into any life decision or contracts (including financial, educational, residential, employment and marriage) and make all health care decisions on behalf of the person, even if they go against the person’s wishes – a decision that can only be reversed through petition to the court.

Parents who believe their 18-year-old needs a guardian may find that the courts will apply a more rigorous standard than they did in the past, particularly when the young person opposes it.  The legal landscape in the US and in New York is changing in response to a worldwide civil rights movement sparked by the UN Convention on Rights of Persons with Disabilities (CRPD).  In 2014, the CRPD explicitly endorsed the right to legal agency for people with I/DD (including the right to marry) and demanded that governments develop less restrictive alternatives to guardianship to allow individuals to access needed support while retaining some or all the rights that guardianship removes.  In response, nations including Australia and Israel, and ten states and the District of Columbia, have enacted Supported Decision-Making statutes.

Although not approved nor regulated yet under New York law, the process of Supported Decision-Making intends to meet the needs of individuals who may not qualify for guardianship under increasingly restrictive practices.  It may also serve as an option for those whose parents are reluctant to impose a permanent and wide-ranging solution for their adult children with I/DD who, despite their delays and impairments, continue to mature and can grow into the ability to make adult decisions with appropriate support.  In this model, the individual retains exclusive decision-making power in all arenas, while designating specific supporters to assist with decisions in particular arenas and specifying the type of support they seek.  As developed and implemented by the Supported Decision-Making New York (SDMNY) pilot project, now in its fifth year, the SDM process lasts approximately 12 to 18 months, and its structure provides a significant prospect for the individual’s growth and development.  Before this framework, SDM existed informally or invisibly, as individuals with I/DD would simply make their own decisions with the requested help of others.  Even with SDM, there is no requirement that the individual use the SDM process – they are legally free to make their own decisions to the extent that the counterparts are willing to contract with them.

SDM can be a powerful educational process for both adults with I/DD and supporters committed to their development.  Many individuals with I/DD have not had much practice making their own decisions; this is not emphasized in most special education curricula.  Thus, a trained facilitator works first with the adult with I/DD, known as the Decision Maker (DM), to develop an appreciation for what it means to choose among alternatives and bear responsibility for the outcome; works with the DM’s chosen supporters to differentiate between making decisions for a person and assisting them to make their own decisions; and assists the group to develop a detailed agreement as to which supporters will assist with which decisions, and in what capacity.  For example, an individual may designate a parent to assist with financial issues, but may prefer a sibling or family friend to assist with relationship issues.  The arenas for each supporter and what support is appropriate are negotiated over many months, with a final Supported Decision-Making Agreement (SDMA) signed by all parties at a formal ceremony.

Supported Decision-Making Not Legally Enforceable Yet in New York

In contrast to guardianship, SDM presents great uncertainty for parents. At present, in New York, SDMA’s are not legally enforceable. While legislation that would require parties to recognize decisions made pursuant to an SDMA is in development, it has not yet been proposed in the New York State Legislature.  Thus, for example, a contracting party (landlord, employer, health care entity) can refuse to contract with a DM, stating that the person does not appear to have legal capacity and they can contract only with a guardian. Conversely, the lack of enforceability could also lead to the possibility of a person with an I/DD being taken advantage of with an onerous or unfair contract which will be difficult to void. Final decision-making authority on all aspects of life decisions of such as housing, spending and other arrangements, rests exclusively with the DM.  Parents don’t have a veto on the supporters the individual chooses.  However the extensive process allows for discussions with and among the supporters, and not being a designated supporter certainly doesn’t limit the ability to offer advice or perspective.  This is a process based on trust and a commitment to their adult child’s autonomy – and in the coming years in New York may be authorized or regulated by law or even mandated in certain situations.

Parents must Take a Careful Look at all Options.

It is very important for parents of children with disabilities who are approaching the age of 18 to speak with an experienced attorney about the process of considering either Guardianship, or SDM and/or Advance Directives including a power of attorney and health care proxy, for those who have capacity to sign. The changing and evolving legal landscape make this decision even more complex than ever.  At Littman Krooks, we applaud the trend toward self-determination and autonomy of individuals with intellectual and developmental disabilities and encourage all to review the SDM process.