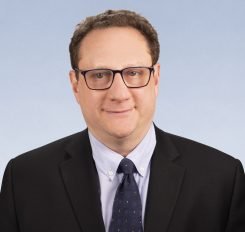 Mitchell is a founding partner of Littman Krooks and leads the firm’s Corporate and Securities Department. He has represented issuers, underwriters and placement agents in hundreds of private and public securities offerings.

Mr. Littman is an Adjunct Professor of Law at Brooklyn Law School, where he teaches Transactional Skills for Start-Ups as well as seminars on corporate and transactional matters.

Mr. Littman is a frequent speaker and panelist at investment banking and securities law conferences and is frequently quoted in news media and trade publications.

Littman Krooks: To Get Business, You Have to Demonstrate the Value of Counseling That Can’t Be Downloaded on an App