October 22, 2009 – Deepa Gopal, who has been an office assistant with Littman Krooks for the past four years, has the productive, independent lifestyle for which so many individuals with special needs strive.

Born in India and adopted by American parents shortly before her first birthday, Deepa attended a Montessori program and Chappaqua public schools, where she was mainstreamed and graduated with a high school diploma. She worked for a time in the family restaurant and attended Westchester Community College with the intention of learning skills that would help her succeed in the restaurant business. But Deepa wanted to explore other options. She considered becoming a nurse’s aide and tried her hand at a company that made gift baskets. Eventually, her parents enrolled her in a program for young adults with learning differences in Long Island, New York, where she excelled.

Her family diligently explored employment options for Deepa and eventually learned of Westchester Arc’s supported employment program. There she was assigned a job coach, who mentored her on interview skills, teamwork and other keys to workplace success. The day she interviewed for the position here at Littman Krooks, she shook my hand and told me about her administrative skills and the fact that she was very comfortable working with people. From the very first,it was evident this was a good match. 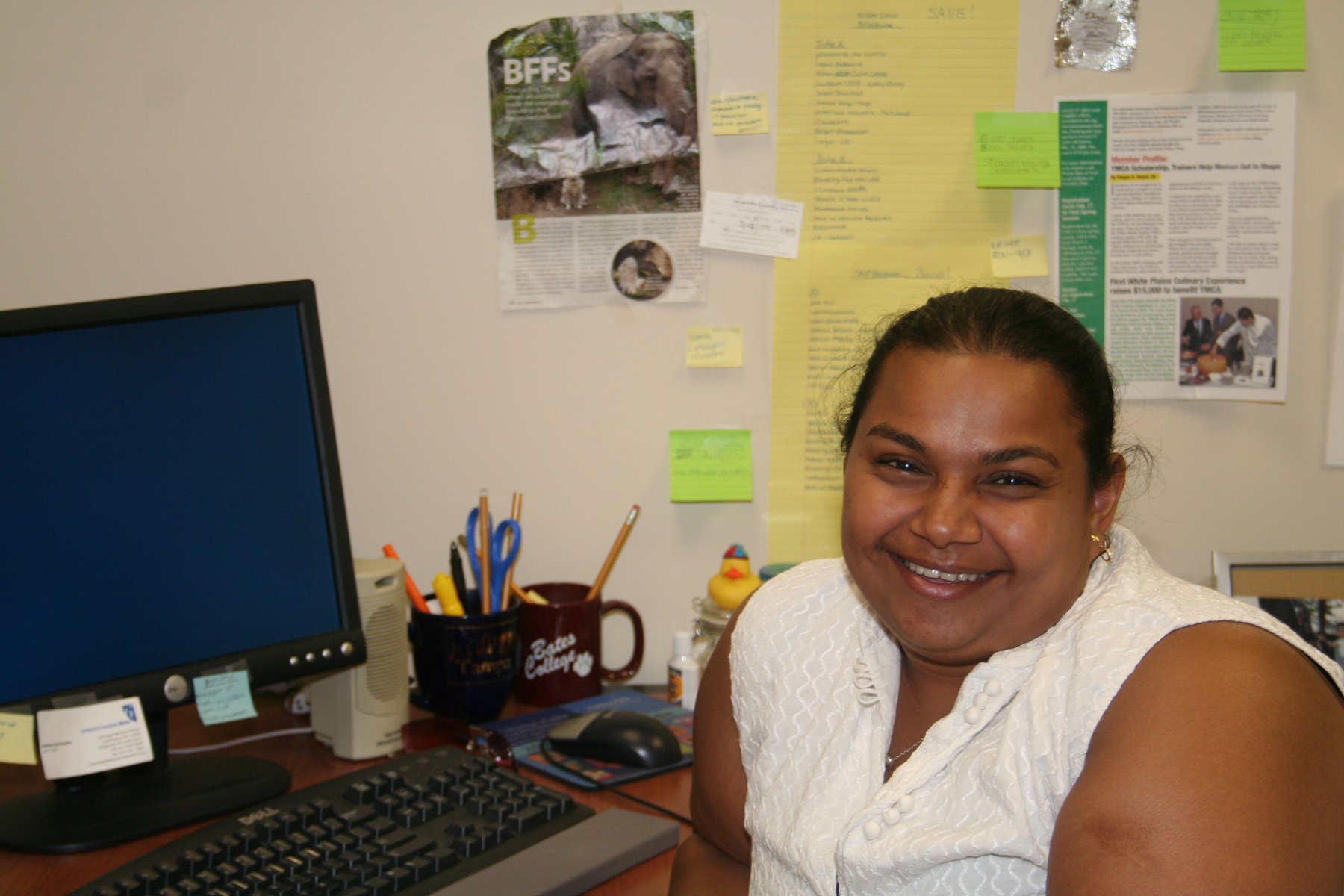 Deepa is enthusiastic about her work, enjoys the company of her co-workers, and adds value to any project she undertakes. Her responsibilities include preparing marketing materials, copying and scanning files, delivering mail, and greeting clients. Her job coach helped her assimilate to her surroundings and trained her for the position.

Still, Deepa felt that something was missing—a place of her own, for she was living with her parents in Chappaqua, New York. Again, her family was supportive. Her parents taught her to navigate the bus system, and she is able to travel independently throughout much of Westchester, but since she does not drive, it was important that any independent living arrangement be accessible to public transportation. Today she shares a supervised apartment with two other young women. Four nights a week she has meals at a nearby group home, and the other three nights, she is responsible for preparing meals in her own apartment. She has a group of friends and her weekends are full. She spends her time reading and going to the gym, where she works out on a regular basis.

Deepa and her parents have referred to her securing a position with Littman Krooks as a “life altering” event for her. Says her dad, “She is so elated and she found a sense of purpose when she joined the firm.”

When asked where she would like to be in five years, Deepa responds, “Right here, as I could not think of working anywhere else.” When asked about the challenges Deepa will face in the future, her family explains that she has a desire to be as independent as possible and feels frustrated when there are roadblocks to that independence.

The jobless rate for people with special needs tops 60 percent, even in non-recessionary times. Having a career can be a gateway to independence and a sense of social contribution. Littman Krooks is lucky to have Deepa, and we encourage others to benefit from the skills and commitment offered by individuals with special needs.