More women tend to need long-term care coverage, and they will be paying more for it.

Prices for long-term care insurance will soon reflect the reality that women live longer and file more claims than men. That change could mean significant upheaval in an already confusing and unpredictable market—and for some women who have been on the fence about buying such coverage, it creates a new decision-making deadline.

Gender-based long-term care policies are beginning to be offered to women who apply for individual coverage. Genworth, one such company offering the gender-based policies, may be reacting to the longer life expectancies of women compared to men.

The insurer Genworth’s move to raise long-term care prices will affect single and married women.  While couples often could get a lower combined rate on their care coverage, marital status may no longer allow a cost break. The pricing approach varies by insurance carrier. Couples may get a discount from about 25 percent to 40 percent less than individual policies. Forty-seven percent of women age 55 and older are single either because they are divorced, separated, never married or widowed. If a woman who is married applies individually, she would also pay the increase.

Some insurance companies may begin charging a married woman more for her long-term care policy if she outlives her spouse. The woman’s premium may be something like 10 percent higher than the current rate, while her husband’s might be 10 percent less than the current rate; they’d pay the same as before, but the additional cost would be covered by the individual most likely to need longer care. But if the woman does outlive the man, she’d lose his lower cost and continue to pay her higher rate.

There are general premium price hikes happening throughout the insurance policy field. Over the past five years, premiums have risen as much as  50 percent as the industry has tried to correct miscalculations made before the most recent recession. 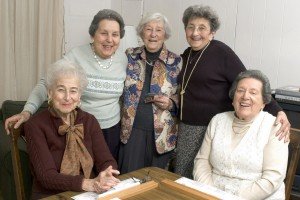