April is Autism Awareness Month, a time to raise public consciousness about autism and autism spectrum disorders (ASD). Join the global autism community and Light it Up Blue on April 2, 2016.

Senators Chuck Schumer of New York and Chuck Grassley of Iowa have introduced legislation to help the families of loved ones with autism, Alzheimer’s disease, and other conditions that make people prone to wandering. 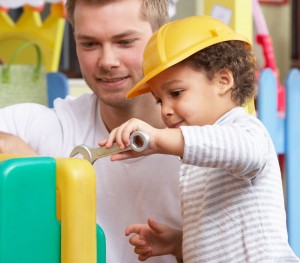 Kevin and Avonte’s Law is named for two boys with autism who died after wandering. Avonte Oquendo, age 14, drowned in the East River after leaving his New York City school in 2014. Kevin Wills, age 9, drowned in 2008 after jumping into Iowa’s Raccoon River.

The bill would allow grants from the Justice Department to be used for training and education programs operated by nonprofit organizations and law enforcement agencies. The bill would also provide resources to support emergency protocols and tracking technology to promote the safety of individuals who may wander.

After the death of Avonte Oquendo, Sen. Schumer said that Avonte’s wandering was not an isolated incident, and technological solutions such as tracking devices could help. Tracking devices may be attached to the clothing of a person prone to wandering or bolting, whether the person is a child with autism or a senior with Alzheimer’s disease or other dementia. Sen. Schumer’s original bill was called Avonte’s Law.

The introduction of Kevin and Avonte’s Law was applauded by the Autism Safety Coalition, which is made up of several national organizations. The coalition said that in 2015, 31 people with autism died after wandering away from safety.

Read more about the history Avonte’s Law from our special needs blog: