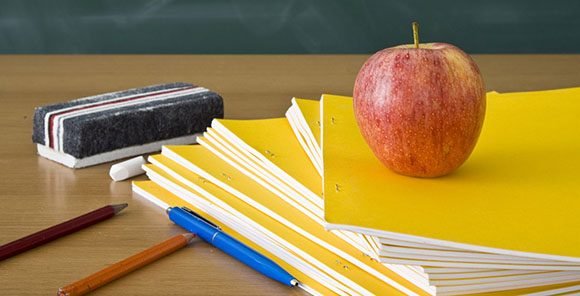 We stand with the student  Ehlena Fry and her golden doodle Wonder, who ventured to the United States Supreme Court yesterday.  On October 31, 2016, the United States Supreme Court heard oral argument in Fry v. Napoleon Community Schools, as to whether a student and parent may seek damages under the Americans with Disabilities Act (ADA) and Section 504 of the Rehabilitation Act of 1973, without first exhausting administrative remedies, meaning filing for a due process  hearing and appeals, under the Individuals with Disabilities Education Act.    The question raises a recurring issue for children with disabilities who seek relief or damages under federal anti-discrimination statutes.   The school district claimed that it was appropriately addressing the student’s needs through an Individualized Education Program and a 1:1 aide and that she did not require a service dog to receive a free appropriate public education.  The student and her parents claim that Ehlena needed the service dog to become independent and that the denial violated her basic civil rights, in the same way that a person with a visual impairment may need a guiding eye in the library.   She sought money damages from the emotional distress of the denial—damages which are not available under the IDEA.

Notably, the IDEA makes it clear that it is not the exclusive mechanism for vindicating the rights of children with disabilities.  The IDEA states that parents and students may bring suit under other statutes—including  the ADA and Section 504—to secure relief for a violation of the standards set forth in those statutes.   However, relevant to the Fry case, the law does state that parents and students must exhaust the IDEA’s administrative procedures before the filing of an action  seeking relief that is also available under the IDEA.   This remains a central question in the Fry case.  Right now, courts around the country interpret this standard differently. The Second Circuit , which covers New York,  ruled in 2008,  in Cave v. East Meadow School District  that a student must exhaust administrative remedies before bringing suit under the ADA and Section 504.  Thus, the Second Circuit in Cave denied the right of a hearing impaired child to bring his service dog, Simba, to school.

As noted in the amicus brief filed by the Solicitor General for the United States Government:  “This case offers the Court a suitable vehicle in which to clarify the law and effectuate Congress’s goal of preserving freestanding causes of action—apart from the IDEA—as viable mechanisms for protecting children with disabilities.”   The Solicitor General argued that the Sixth Circuit Court of Appeals erred in holding that petitioners’ claims were properly dismissed, as not exhausted under IDEA.   The Supreme Court will issue a decision by June 2017.

UPDATE (2/23/2017): The United States Supreme Court, in Fry v. Napoleon Community Schools, rendered an important victory for parents and students. The Court ruled that parents need not exhaust remedies and bring a special education hearing before bringing a lawsuit in federal court for a school discrimination case. Read more here.

Learn more about our special education advocacy or special needs planning services or Contact an Attorney with a question.