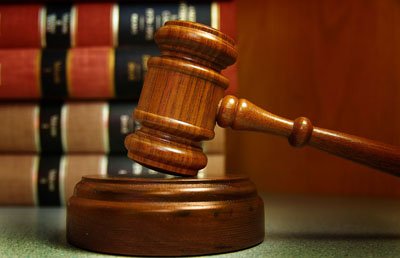 On March 22, 2017, the United States Supreme Court, in a seminal and unanimous ruling, in Endrew F. v. Douglas County School District, [https://www.supremecourt.gov/opinions/16pdf/15-827_0pm1.pdf] ruled that students with disabilities must receive an educational plan that will allow them to make more than trivial progress.  This represents an important victory for students.

The Individuals with Disabilities Education Act (“IDEA”) requires school districts to provide a free appropriate public education (“FAPE”) to students with disabilities. Thirty-five years ago, the Supreme Court, in Board of Education of Hendrick Hudson Central School District. v. Rowley (“Rowley”) [https://supreme.justia.com/cases/federal/us/458/176/case.html] ruled  that “a child receives a FAPE if the child’s IEP sets forth an educational program that is “reasonably calculated to enable the child to receive educational benefits.”  The Court emphasized that this meant that the educational program should enable the child to receive passing grades and advancement from grade to grade. The case involved a first grade student  who was deaf, who attended school in a general education classroom. The Court recognized that she was advancing academically and held that the school district had met its obligation to provide a FAPE.  The Supreme Court expressly confined its analysis to the particular facts of the case.

Endrew F. received a diagnosis of  Autism  at age two. He attended the Douglas County School District (“School District”) in Colorado from Pre-K to fourth grade. The School District created Individualized Education Programs (“IEPs”) for Endrew. However, Endrew’s parents felt that he was not making any educational and functional progress by the end of fourth grade. He exhibited many behaviors, like screaming in class, running away from school and climbing on furniture, which inhibited his ability to access learning in the classroom. His parents were also displeased that the District continued to provide Endrew with  similar inadequate IEPs that did not facilitate his progress.  Thus, Endrew’s parents removed him from public school and placed him the private school, Firefly Autism House.

Endrew’s behavior improved significantly, at Firefly Autism House, which helped him achieve academic development. Six months after Endrew’s private placement, the School District met with his parents to present a new IEP. The school district did not offer a different plan from his previous IEPs. Endrew’s parents felt that under a different approach, similar to the one offered at Firefly Autism House, Endrew could make progress. Endrew’s parents rejected the IEP and initiated proceedings to seek tuition reimbursement from the School District to pay for Endrew’s private placement. The Impartial Hearing Officer held in favor of the school district and the District Court affirmed the administrative decision.

Endrew’s parents appealed the decision to the Tenth Circuit Court of Appeals, which found that “a child’s IEP is adequate as long as it is calculated to confer an educational benefit that is merely more than de minimis.” In the Court of Appeals’ view, any trivial advancement was enough to satisfy the requirements under the IDEA. The appellate court held in favor of the school district, stating that it had provided Endrew with a FAPE because the change in his IEP goals from year to year displayed progress, even if it was trivial, and that was enough. Endrew’s parents submitted a writ of Certiorari, requesting the Supreme Court of the United States to hear the case.

The Supreme Court Granted Certiorari and Ruled for Parents

The Supreme Court in an 8-0 unanimous decision held in favor of Endrew and his parents. The Court held that the Tenth Circuit Court of Appeals applied the wrong standard in deciding for the school district. The Court stated that “it cannot be right that the IDEA generally contemplates grade-level advancement for children with disabilities who are fully integrated in the regular classroom, but is satisfied with barely more than de minimis progress for children who are not.” This would defeat the IDEA’s purpose.

Endrew’s parents petitioned the Court to apply an “equal opportunity” standard. In their view, a school district’s obligation to provide a FAPE would mean providing “an education that aims to provide a child with a disability opportunities to achieve academic success, attain self-sufficiency, and contribute to society that are substantially equal to the opportunities afforded to children without disabilities.” The Court rejected this standard, stating that it was an entirely unworkable standard which would require impossible comparisons and measurements.

The Court made its ruling on a very narrow basis and reiterated the Rowley standard which requires school districts to create IEPs that aim to enable the child to make progress and advance from grade to grade.  Disappointingly, the Court declined to adopt a standard requiring “meaningful educational benefits” for all students. The Court essentially affirmed the Rowley standard but recognized that  Rowley represented a limited ruling for students fully integrated in general education classrooms. The standard did not apply to students like Endrew, in a special education classroom. The Court stated that every child should have a chance to meet challenging objectives.

The Court held that a “child’s educational program must be appropriately ambitious in light of his circumstances.”  The Court emphasized that the  student’s teachers and parents would know best under the student’s unique needs and circumstances. However, the Court declined to establish a bright line rule or formula to determine what appropriate progress will look like for a student in a special education classroom.  The Court emphasized that each child’s needs are unique and, as such, what is appropriate shall be decided on a case by case basis. However, notably, school districts can no longer satisfy their obligation to provide a FAPE by creating educational programs which facilitate only trivial progress.

What Does This Mean for Endrew F.?

The Court vacated the Tenth Circuit Court of Appeals’ decision and remanded the case back. This means that the lower court will decide Endrew’s case based on the new standard the Supreme Court has set. The lower court will analyze whether school district drafted Endrew’s IEPs to provide him with an educational program that is appropriately ambitious in light of his circumstances.

What is the Impact for Your Child?

We applaud this decision.  For children with disabilities who are not fully integrated into the regular education classroom and not achieving on grade level, the Court’s ruling will require a higher standard than de minimis progress and will give parents and students a tool to advocate for an ambitious plan, higher standards and greater services.  Parents can argue that their child’s IEP must set appropriately ambitious standards.

Keep in mind though, that if your child with a disability attends general education classes and is advancing grade to grade, the Endrew F. decision may not have a significant impact on him or her, as the Court upheld the Rowley standard that a school district provides a FAPE to a child if the child is receiving good grades and advancing from grade to grade.  Although the Court was careful to state, in a footnote, that this does not mean that every student with a disability who is advancing from grade to grade is automatically receiving a FAPE, this aspect of the decision is discouraging, as it declined to adopt a more rigorous and holistic view of a child’s progress.  For example, a student with an emotional disability may be able to receive good grades and advance from grade to grade, but not be able to attend school. Amy Rowley, while receiving good grades, was not able to communicate with her peers and teachers

As courts interpret the decision, more analysis will follow.  Send us your questions and comments.